It snowed in Atlanta, causing a traffic jam that lasted into eternity (or somewhere between twelve and eighteen hours)  and eventually required the assistance of the National Guard…

…and Rolling Stone put Pope Francis on the cover. Crazy, huh? Next, Deadspin will send a journalist along during the pope’s visit to the Holy Land and the apocalypse will really begin. Except that it won’t. 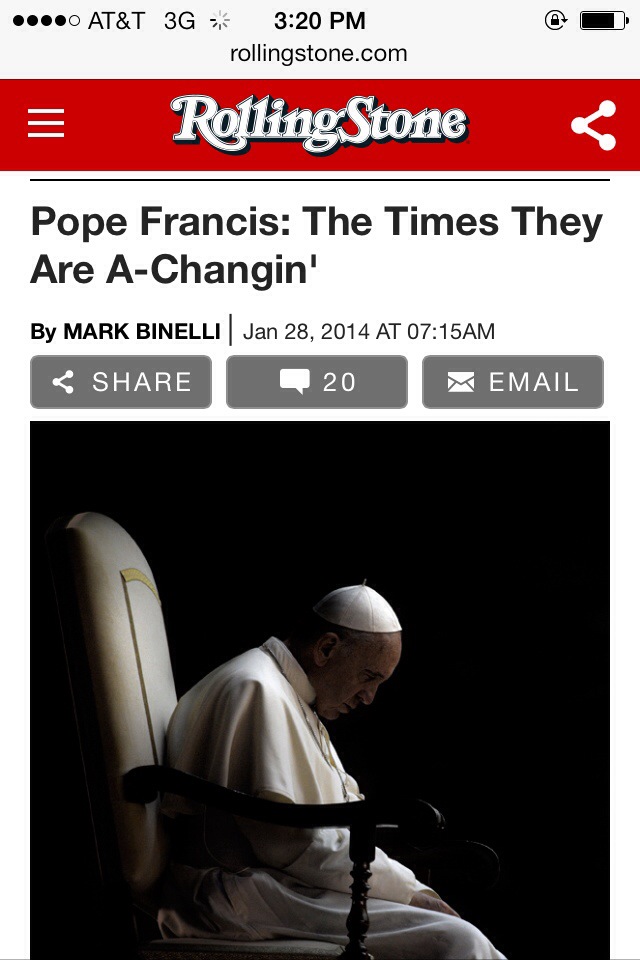 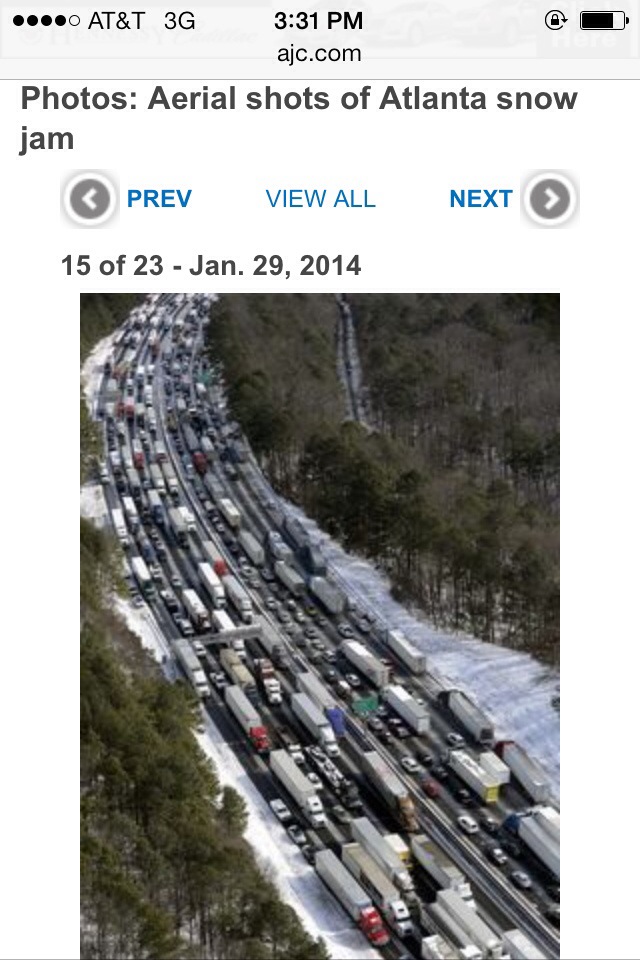 A lot of times, what seems weird, shiny, ridiculous and portentous is just one more cycle of life in on our big, complex planet. This was not the first big snow storm that ever caused a traffic jam in Atlanta. In fact, a blizzard hit in 1993 (though that was a Saturday and kids weren’t trapped in their schools).

Pope Francis was not the first pope to be Time Magazine’s Person of the Year. He was the third. He may be the ultimate in Catholic click bait, but what he’s saying is about 2,000 years old. Seriously.

We are not about to face the zombie X-Games. In three days or three hours, our lives will slip back into their quotidian rhythm. But perhaps we can gain something from this week’s headlines.

Northerners may pride themselves on being able to handle blizzards, but Southerners are smart enough to live in a warm climate in the first place. For me, the inconvenience of one snowstorm every few years definitely beats weeks of subzero temperatures. There’s no point in mocking the people of the greater Atlanta region; they have suffered enough and (hopefully) learned from their troubles.

Nor is it necessary to speculate about when coverage of the pope will jump a shark, because being the top ranked search term is not really the core of his job. Sharing the joy of the Gospel is his key mission. Yes, he uses modern means of communication to do that, but no, the medium is not the message.

What we can learn from all the media chatter this week is to be prepared. Like, seriously, get ready for a winter storm in Georgia even though it’s been a few years since that happened.  And let your heart be open to find God in strange places, including the pages of a magazine better known for encouraging hedonism than prayer.