I just kissed my husband goodbye as he headed out the door to work. It wasn’t quite a long enough kiss (are they ever?) but he left smiling and that makes my heart shine. 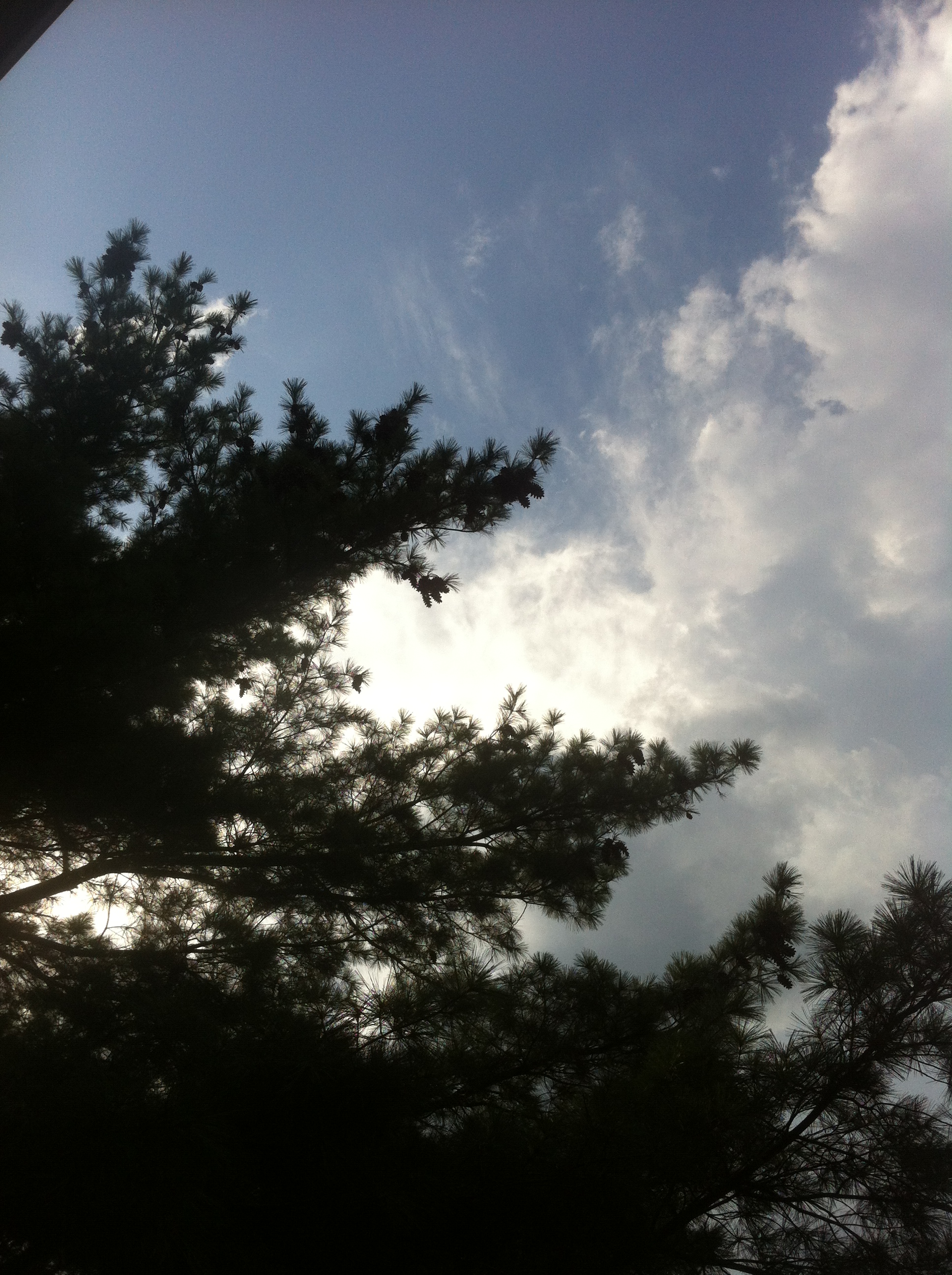 Here at home, the wind is picking up and the sky is shifting colors. I’m enjoying the momentary juxtaposition of blue skies, sunshine and storm clouds. Though Virginia has been affected by the drought plaguing the rest of the country, there’s been just enough rain to make people forget to water their gardens. We haven’t had many good soakings, but we are getting showers or at least sprinkles a few times a week.

Roberto has found summer rainstorms to be a revelation, especially when it drizzles while the sun is still out. His exact word for that is “weird.” He grew up in Southern California and equates summer with sunshine. In his experience, rain only happens for about six weeks in the winter accompanied by media warnings at nearly the same level of hysteria one would expect for an alien invasion. Here in the gentle South, seasons are a bit more complicated, meteorologists try to be analytical and most people recognize that rain is a year-round precipitation option, with occasional snow, sleet or hail thrown in for flavor.

As a Midwestern transplant to Los Angeles, I always missed the ferocious summer thunderstorms that sprinkled my childhood with just enough excitement. I remember hiding under the dining table with my siblings, delighted that the sky was turning green. After two decades of relentlessly sunny California, it’s been a thrill for me to move to the land of hurricanes, floods and derechos. 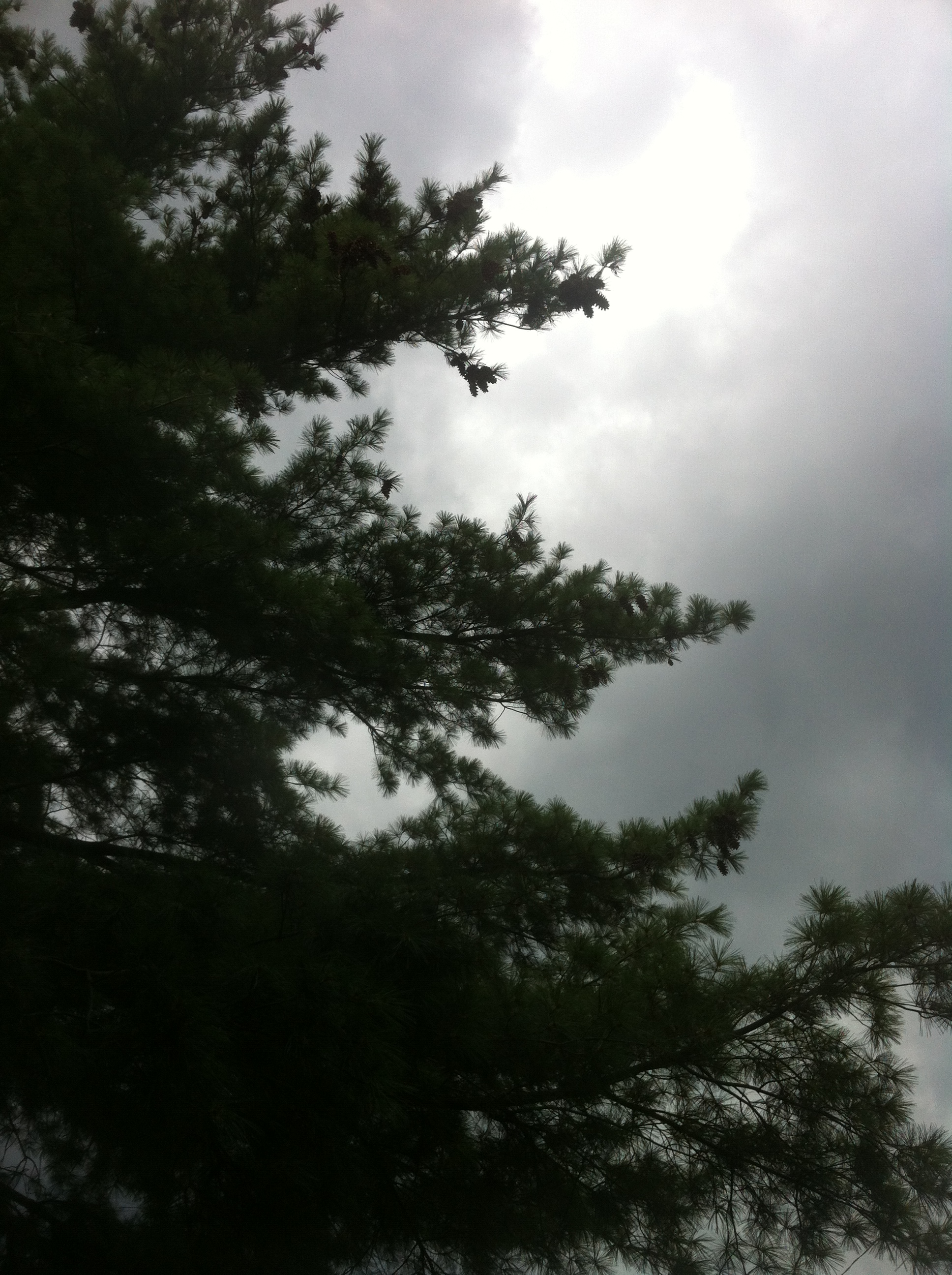 I’m not fond of power outages, destruction of property, or the casualties of nature that inevitably follow a blowout meteorological concert. I don’t want people to suffer just so I can enjoy an awesome show of power with wind and lightning effects as yet merely mimicked by Hollywood. But severe weather warnings seem to be a fact of life here and so I try to make the best of it. I’m not going to be a storm chaser, but if I’m sitting on my patio and one rolls by, I’ll take pictures.

The little valley where I live seems to have its own microclimate; a brief rainstorm here can be a serious downpour up the hill. This means that I’m often watching weather reports for my general area that have no reflection on what’s happening outside my window. Since the biggest storms often skip my neighborhood, sometimes I feel like I’m missing out on all the fun. 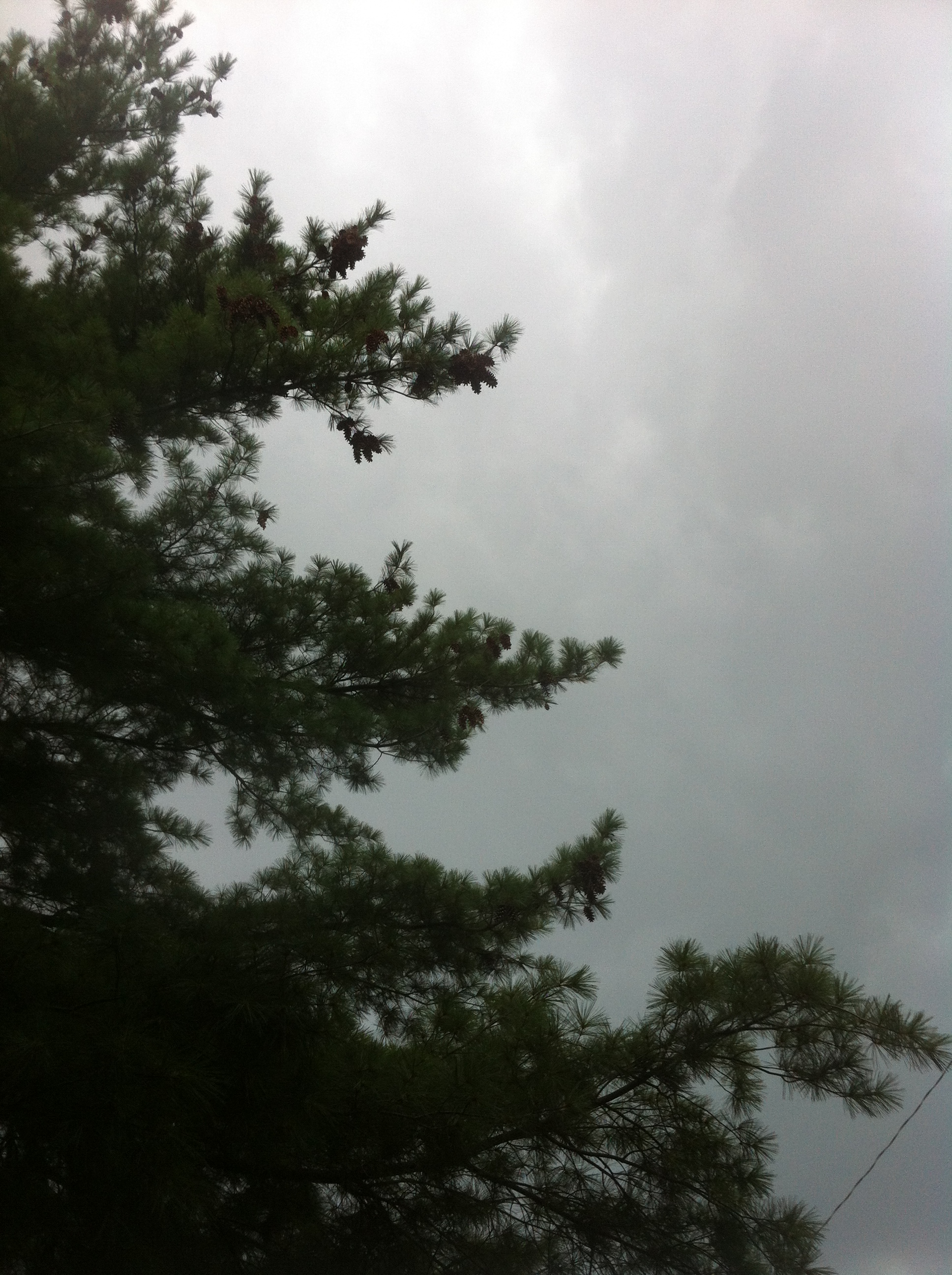 In the brief time I’ve been writing this post, the sky has gone from blue and sunny to overcast and cloudy. Right now it smells like rain but the birds are still singing and sailing into the bushes and trees. I don’t know their trills well enough to tell whether they are warning each other to take cover or discussing last night’s baseball game. Several sparrows take shelter under the cream-colored Cadillac a few spaces away. The clouds are swiftly drifting by, low to the ground, a dull white followed by dark gray splotches. All is  quiet. The wind dances through the trees, dies down and returns again. The rain arrives.

One reply on “Stormy Weather and Sunshine Kisses”

Lovely post Lisa thank you. In the midst of winter here in Johannesburg South Africa … we are high up – 6000 feet above sea level so it is dry. But we have lovely winters, bright sunny skies, warmish if we are lucky though heading for a cold snap mid week. No rain in winter – Cape Town gets that – but come summer we have the most ferocious thunder storms, much lightning and wonderful rain.